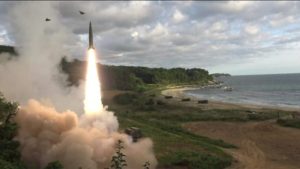 Those, perhaps the minority of Bible readers, who read the Old Testament prophetic books, may miss some of their pointedness because of a lack of awareness of the historical context in which the prophets first spoke. Some of the books make the setting quite clear. For instance, Haggai was speaking to the Jews who had returned to Jerusalem to rebuild the temple. So we can date his words quite well. It still needs an appreciation of why the Jews had been led away captives in the first place, how long they had to stay there, which world leader would issue a command for them to return, etc. All these matters can be found by further study. Then there is the matter of broader context; what was going on in the nations generally.
This is worth noting when we read Jeremiah. It is helpful to know that there had been three competing world powers during his times. Egypt still considered itself a major player. Assyria, which Jonah hated so much (perhaps because he understood how cruel they would be to Israel), was declining in power and having to battle the up-and-coming Babylonians. The good king Josiah of Judah seems to have made a fatal mistake in deciding to try to ward off the Egyptian armies when they were on the way to fight on the side of the Assyrians against the Babylonians (2 Kgs.23:29). The first round of those battles may have been a draw, but eventually Egypt would be forced back to its own borders and then subjugated to Babylon, after the Babylonian armies ruthlessly took out the Assyrians.
Against that historical background you can see why those who listened to Jeremiah telling them in advance that the Babylonians would be victorious were unsure which side to back. Even after Nebuchadnezzar taught those in Judah a lesson and carried away their king (Josiah’s grandson, Jeconiah), they still seemed to hold out hope that Egypt would be the one to help them. Yet God made it very clear that Nebuchadnezzar was being used to punish other wrong-doers – and those in Judah, who had turned from God to become idol worshippers, would not escape. The alternatives were to capitulate straightaway and change their ways, or to suffer Babylonian domination of a worse sort. They chose wrongly and suffered. Only after 70 years was Jeremiah’s accurate prophecy fulfilled when King Cyrus (king of the empire that conquered the Babylonians) told the Jews to return (see Jer.25:11,12; Dan.9:2; Ezra 1:1). Not many did. It is instructive to compare the books of Nehemiah (who did return) with Esther (who did not).
Now we see China and Russia increasingly opposing the USA. We can see alignments developing between other nations and the super-powers.  Perhaps surprisingly, little Israel continues to be a focal point for the world’s attention; its boundaries are perpetually challenged, and it’s right for us to ponder why.
When Christ described world conditions that will prevail before His return to earth, He already knew such things (see Matt.24, Matt.25). His warnings will make absolutely sound reading in the context of those times. And before His feet are on earth again, He will come to the air and take disciples away from the conflicts on earth (1 Thess.4:15-18). That more immediate prospect is the context Christians should be focused on right now.
So context matters. Happy reading!